Writing travel stories has always been an important part of my work; I’ve been travel editor at GQ and Esquire, as well as London editor of leading American magazine Travel + Leisure.

At GQ and Esquire I tended to write (and commission) articles that were often quite active and personal, experiences such as learning to fly in South Africa and scuba diving in the Maldives; the thrill of jeep, walking and night safaris in the remote central highlands of Kenya; trekking in the magical Buddhist kingdom of Bhutan; and boat trips around the British Virgin Islands and down the Nile (OK, the last one was a little more languorous). 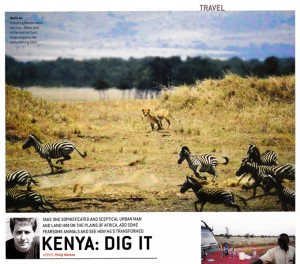 There have been a lot of islands. I’ve travelled to Tasmania for the Telegraph, Mozambique’s Quirimbas islands for the London Evening Standard, Iceland for Esquire and Grenada for GQ. I’ve visited many Caribbean islands, including St Lucia, Antigua, Cuba, and St Kitts and Nevis; here are two pieces on Barbados’ rum shops and the islands of the French West Indies. There was a long weekend trip to Newfoundland, and even something on getting a group together and hiring a private island. Closer to home, there have been pieces on the Scottish island of Islay, and Inis Meáin and Cape Clear in Ireland. 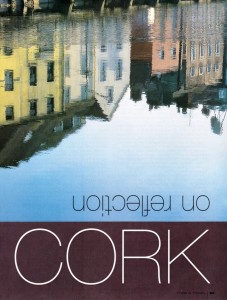 I’ve taken some seriously Great Drives, along the thousand-mile Baja California peninsula in Mexico and around Sydney Harbour for Conde Nast Traveller, along the legendary Pacific Coast Highway in California for GQ, as well as writing and editing a global road trips guide for Esquire, titled, appropriately enough, On The Road.

Other travel articles I’ve chosen for this page include some of the numerous pieces I’ve written for the Guardian (the Italian lakes on a budget, walking the Wicklow Way near Dublin, Ireland’s best affordable places to stay, and “groovy grand” Bellinter House hotel); from the United States

Finally, while there have been many round-ups, guides, recommendations and shorter reviews, here are some longer feature-style articles, on Cork (for Food & Travel), Dubai (for the Irish Times Magazine) and Salvador Dali’s Spain (for the Tate, to tie-in with a major Dali exhibition at Tate Modern).